Tips for Buying an Apartment in Turkey

How Do I Meet the Conditions for Obtaining Turkish Citizenship?

The Most Important Conditions to Get Turkish Citizenship

The Turkish Lira Challenges the Fabricated Crises and Continues to Rise 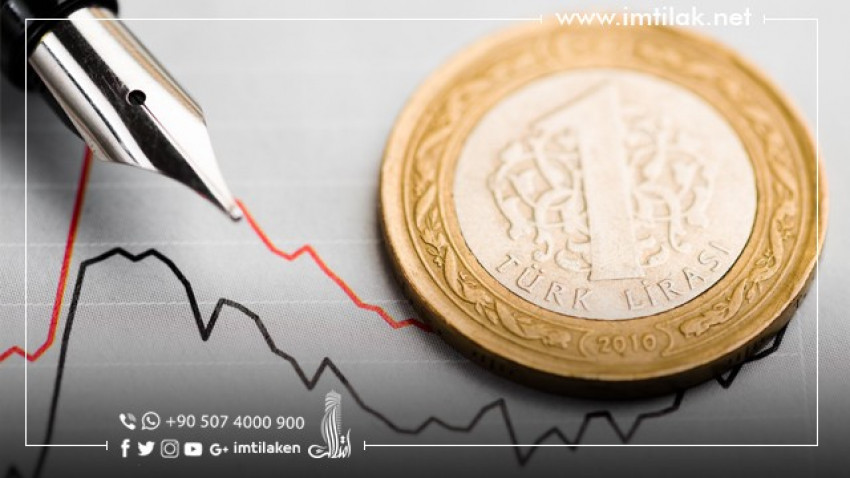 As Turkey's economic power grows in European and global markets, foreign parties are increasingly trying to curb the pace of this sustained economic growth over the last 16 years.

Political pressures on Turkey using direct and indirect financial effects has not stopped over the past period, But Turkey, with the solid structure of its economy and thanks to the stability established by the people conscious of their capabilities, managed to overcome all these failed attempts to undermine its economic power and even sovereignty.

At the end of 2012 and the beginning of 2013, Turkey witnessed unprecedented economic growth. This success seems to have angered political foes who did not want a welfare to the country. It has been mobilized for dubious actions under the pretext of protecting the environment, these actions quickly turned into violent demonstrations that attacked citizens' property and public facilities under the pretense of protecting trees, The dollar exchange rate was then affected, rising from 1.79 Turkish liras for one dollar to the level of two liras against 1 dollar.

The second attempt was carried out by the Hostile movement of Fathallah Gulen, on 17 and 25 December 2014, where he tried to drag the government to resign by allegations against state officials, which was reflected on the dollar exchange rate to levels of 2.25 Turkish liras.

The third attempt to tamper the stability of the national currency and trigger crises was through the PKK, Which also carried out several brutal armed attacks, contributed to the rise in dollar exchange rate to 2.99 Turkish liras.

Despite all these attempts, the Turkish economy was able to recover and grow again, the exchange rate resumed to rise against the dollar, thus, the hostile campaign was more brutal this time, and caused the martyrdom of tens of Turkish people, by the followers of the parallel parties during the failed military coup attempt, resulted in these serious events, the rise in the price of foreign currencies in the country, including the dollar as the exchange rate reached the level of 3 Turkish liras, and then dropped to the level of 2.97 Turkish liras.

In the next attempt, global credit rating agencies entered the line of this unfair game and presented many negative ratings unjustified, consequently, this blatant interference in the affairs of the country affected the newly recovering economy, and coincided with a rise in the exchange rate from 2.87 to 3.86 Turkish liras per dollar.

At the announcement time of the early elections by Turkey in June 2018, the crisis of the - Politicized - world rating agencies was repeated again. This has emerged in the last few days, as they reduced the credit score for Turkey that pushed the US dollar to rise to new levels of about 4.80 Turkish liras.

Turkish Deputy Prime Minister Mohammad Shimshak criticized the Standard & Poor's decision on Turkey's credit reduction, pointing out that the agency's analysis was insufficient to take a reduction decision, And that the timing of the Standard & Poor's decision announcement in this period is surprising, especially as the Agency previously announced that it will evaluate the classification of Turkey next August!

On the other hand, as part of an economic confrontation plan, the official monetary authorities recently took several urgent preventive and corrective measures, The Turkish Economy Minister Nihad Zibekji, gave a date for the stabilization of the exchange rate of Turkish lira against foreign currencies and this will be by 10 June 2018, This is due to several factors, the most important of which is that the exchange rate does not reflect the real figures in Turkey, not to mention the large economic growth, the increase in trade and the increase in the number of tourists.

The Turkish minister stressed in his speech during a meeting with the chamber of industry in Denzli on Friday, 25/05/2018 that the vacillation of exchange rates does not reflect the truth, which is unacceptable, but Turkey will go beyond that, cause Turkish institutions have the right tools with great abilities, and will do what is necessary without leaving any impact on the economy.

These urgent policies appeared to have been fruitful early, and the exchange rate improved immediately before the above-determined date.

Is it Politics or economy that caused the Turkish currency crisis?

The political and regional conditions in the region require the Turkish people to rally around their sovereign and economic achievements, not surprisingly, these policies have elevated the Turkish citizen to a leading position in the world and created a unique example of sovereignty, power, and will. They fought for its precious and noble preservation and has resisted all attempts at military, political and economic sabotage...

This was reflected in public support for the government policies, both internally and externally and despite political polarization and new elections under historic constitutional amendments, the next Turkish president will give more empowerment and support to lead the country to the shores of prosperity and stability.

The recent sabotage attempt to tamper with the stability of the Turkish lira can only be explained within the same external context, because of the similarity of the mechanisms used previously, ranging from conspiracies and terrorist attacks to an attempt to overthrow legitimacy and to reduce the creditworthiness of the state.

The language of numbers does not lie

These failed attempts work to employ any temporary circumstances, such as elections, only to undermine the country's capabilities. On the economic front, the language of numbers does not lie and the historic growth in foreign export traffic has broken the $ 30 billion mark in the last 12 months for the auto manufacturing sector, a new record for the Turkish economy, the number of tourists has steadily increased and is expected to reach 200 million passengers by 2018, While foreign investments achieved within various development sectors and fixed assets such as real estate unprecedented achievements where foreign investment reached record levels of US $ 4-5 billion, and the Turkish Ministry of Economy expects this figure to reach US $ 10 billion.

Source: A - Habar + other sources

The Power of Turkish Passport

Staying In Turkey by Buying a Property: Everything You Need to Know about the Re...

How to Open a Bank Account for Arabs in Turkey

Title Deed in Turkey: Everything about property Title Deed

Top 25 Questions about Turkish Citizenship in 2019: You Ask and Imtilak Real Est...

Syrians Ownership in Turkey: Can the Syrian Own a Property in Turkey and Get Cit...

Turkish Beaches: The Best Destination for British in Terms of Tourism and Proper...

Studying In Turkey: Important Information about Turkey’s Universities and Their...

Antalya… The Mediterranean Jewel in Turkey